Brynne turned 5 in December! She had a blast with her buddies at an indoor bounce house! 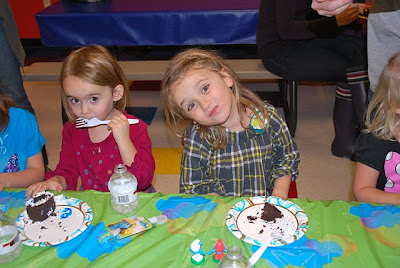 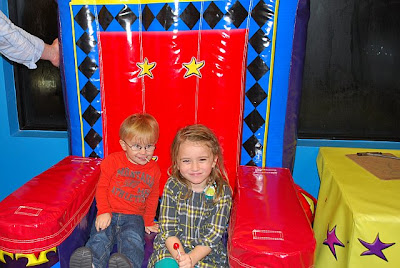 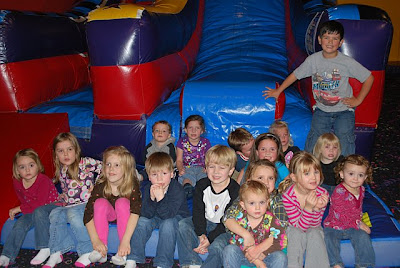 Then Beau and I celebrated our birthdays in January and Madelyn celebrated her 2nd birthday with an Elmo party in February! 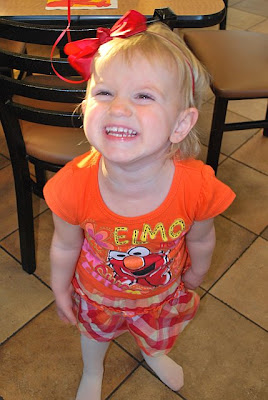 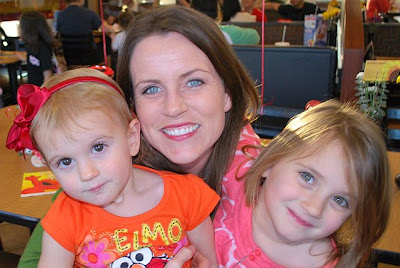 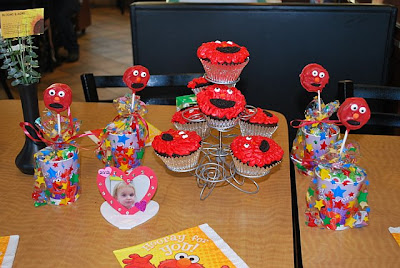 We are not quite settled in Temple yet. The girls and I ended up living with my dad for most of the past month and a half while the girls finished school, Brynne had her school Christmas and birthday party, Brynne had an adenoidectomy surgery, then Christmas, and I had a partial hysterectomy. Whew...we made it! Crazy times. Meanwhile Beau is working hard in Temple getting his territory up and rolling.

For Brynne, she caught croup in September, which inflammed her adenoids to the point of no return causing sleep apnea. Beau and I experienced some scary few weeks as we sat up listening to her horrible snoring and gasping for air. It got better a few weeks later, but the Dr said it would come back with each cold. Talk about night and day difference from after surgery and before. Before croup, she had none of the signs of large adenoids, (besides her genetics), but the Dr. said they were the largest he had ever seen. Now she can breathe well and sleeps so soundly...and quitely!

Patient Number One...she was so brave...and boy did she give us a laugh once the laughing gas started to work! Proud of my big 5 year old! 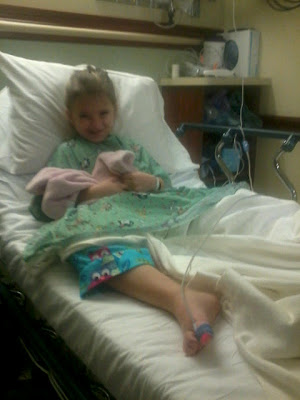 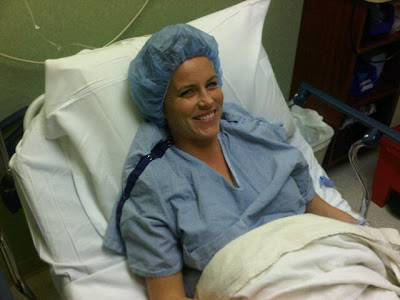 I still can't believe I have had two children and a hysterectomy all before turning 32. Then again, I have felt "young" for many of my life experiences thus far. Everyone asks if they found cancer because of my family history-nope, just a prolapsed uterus from big babies...guess I kinda signed up for that when I married a 6'6 man!

Now for Maddy. Sweet girl's hair is in pig tails every day...and will be for awhile until the mullet grows enough to where we can cut it! This child is hilarious...she has such a funny personality and keeps us rolling all the time! She does silly dances around the house and makes it her goal at dinner to make Brynne laugh. Can't believe she is almost 2! 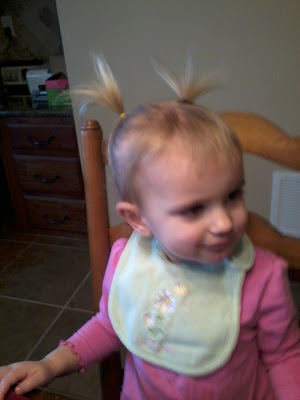 This year has definitely been a year of travel and flexibility! Brynne's teacher told me at her year-end review that she was the most flexible student she has had in regards to change...Ha! I would hope so after living in frisco, then hawaii, then frisco, then temple, then with Dad, all in one year! We have enjoyed our experiences but are ready to get settled all together again.
Here's our family pic at Christmas, (attempt 427. we have given up on Maddy smiling upon cueing). 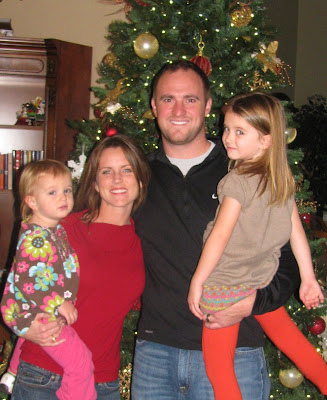 Happy New Year and new adventures!
Posted by The Schmidt Family at 11:27 AM No comments: 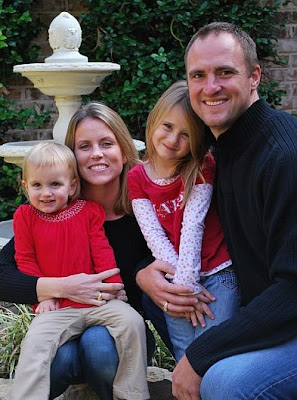 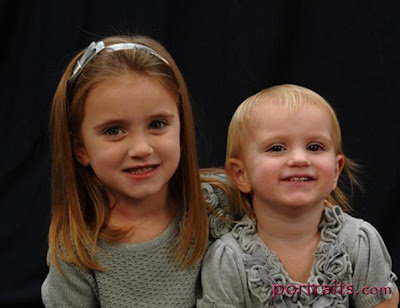 We moved everything to Belton, mid November...but we have barely been home! Life is nothing short of CRAZY this month. We have continued back and forth between Dallas and Belton for Thanksgiving and for the girls to finish out the semester at their school. I also ran the White Rock Half Marathon Dec. 4th, (in the cold, pouring rain and wind..but the sis-in-law and I had trained for 3 months and were determined to finish). Coming up we have Brynne's Christmas party, Brynne's Birthday and party, and Brynne's surgery (adenoidectomy) on the 16th. Then it's Christmas and my partial hysterectomy on the 27th. Like I said..crazy. We covet your prayers this month and look forward to the time when we can actually settle down in Belton and make it more of a home.
Posted by The Schmidt Family at 12:45 PM No comments:

For the past year Beau has been "in training" for becoming a territory manager for his company. Many places were "tossed" at us...Tampa, Phoenix, Hawaii, and Tulsa to name a few. We prayed that God would get us ready for the next step; knowing He was already there and had a perfect plan. As things have unfolded, the plan for us has turned out to be Temple, Texas.
Where? Yep. Between Dallas and Austin if you're not from here. We move there mid November.
These past 2 months of being home have been great to see family and friends, yet weird in that we never "settled." We knew our time here was short, we have been waiting for an answer, and constantly cleaning or packing.
We know one person in Temple...however, we have heard story after story of friends of friends who love it there and say it's a neat family town. We will be living in Belton, which is known for great schools and having a young family population.
There have definitely been a few "you turned down Hawaii to live in Temple...you have to be kidding me, " kind of responses.
But what has overridden those has ironically come from our church family. 6 different friends from church have said one comment separate from knowing others had said the same thing: "I can't wait to see what God is going to do with you guys there, because He IS already there." When this city girl is driving down country roads, that statement will never leave me. God in His sovereign providence has prepared us for this step...in so many ways. He showed us in Hawaii how He always goes before us, and we're resting in Him, knowing He is in control. Doesn't mean it will be easy. I am excited that it's only 2 hrs, 15 min from our family and friends,(considering it could have been 12 hours, or an ocean away). We have recently had dinner with different sets of friends who have told us stories of their friends that love it there...and we're settling into the idea of being a Belton, TX kind of family :o)
Here's a pic of the girls on the first day of school in September 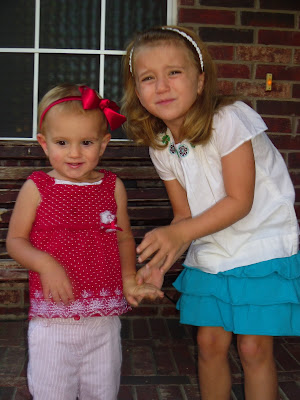 All dressed up for Halloween. Super Girl and Little Cinderella 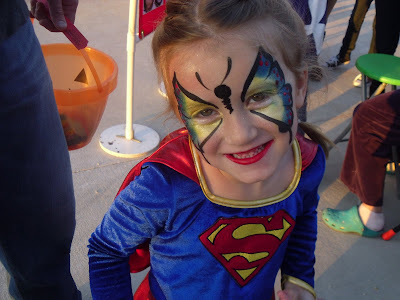 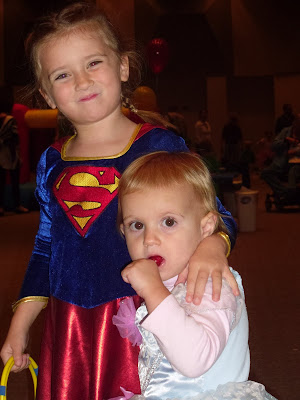 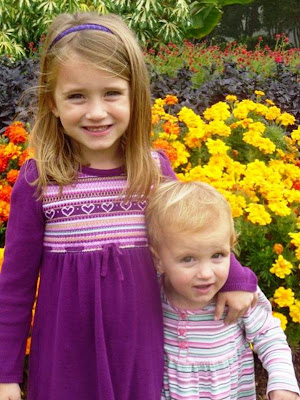 Posted by The Schmidt Family at 7:11 PM 2 comments:

Food for thought from the English Language Dictionary © 1897:
Providence – “God’s Divine care, control and guidance over your life, situations and circumstances… making one ready for future events”
It was A. W. Tozer who said, "What you think about God is the most important thing you think." Knowing God--really knowing Him and who He is--calibrates all of life. He is the ultimate measurement because He is in control. When we see God as Creator, Maker, Redeemer, Judge, Consuming Fire, Sovereign King and the One who knows all things, we begin to practice His presence in our lives.

What comfort knowing He is in control, although sometimes we think we are, He still is.
Posted by The Schmidt Family at 2:25 PM No comments:

Our homecoming was sweet. We were greeted much to our surprise by the entire family when we arrived home from the airport. We had a great time hugging on one another and enjoying breakfast.We spent every day with another family for the next 2 weeks.

The cousins reunite! Mimi and Papa were excited to have all their grandkids in one place! 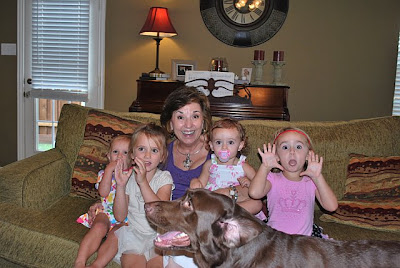 Brynne and her BFF Will 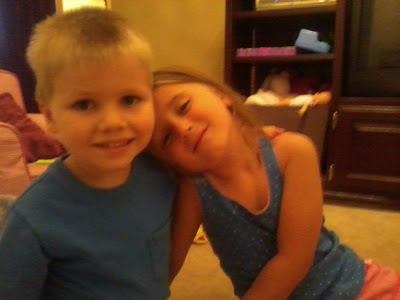 Posted by The Schmidt Family at 6:25 PM No comments:

Saying Goodbye was so tough. We made some really good friends, and we don't have $1500/person money flowing to be able to visit them often. We were very excited to see our friends and family in Texas, but very sad knowing we didn't know when we would see our Hawaii friends again. Julie coordinated a going away party and we were very blessed. The new families that just moved in joined us, which was great so I didn't bawl the entire time. That came later. 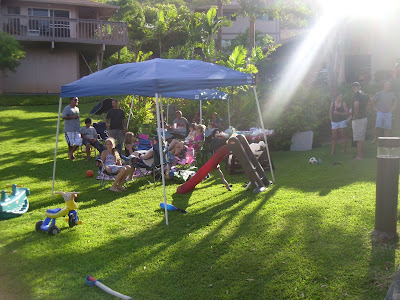 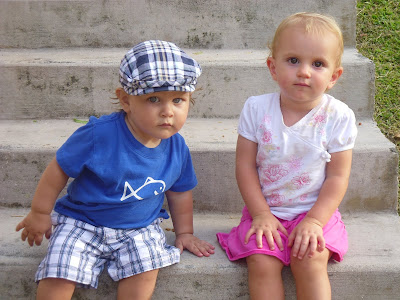 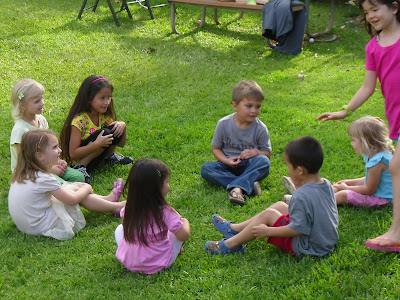 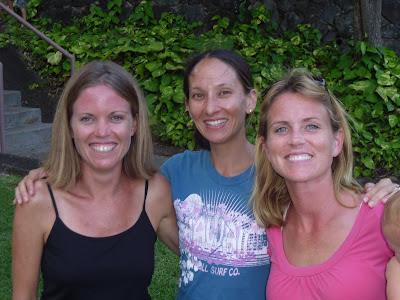 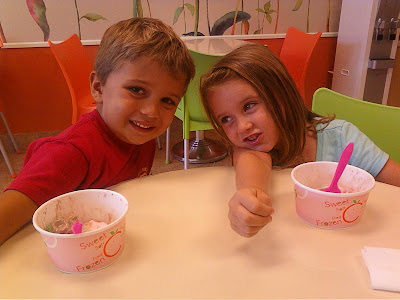 Last dinner on the porch. Cloudy, but cool 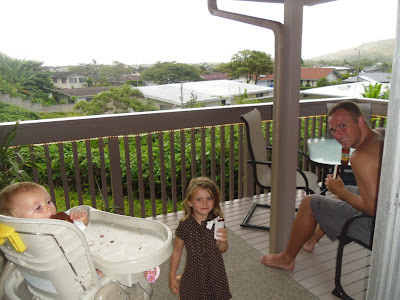 Posted by The Schmidt Family at 6:03 PM No comments:

Older Posts Home
Subscribe to: Posts (Atom)
Isaiah 43:10 - "You are my witnesses," declares the LORD, "and My servant whom I have chosen, so that you may know and believe Me and understand that I am He."